The 3M Company has awarded Saratoga PLAN an $11,250 Eco-Grant for environmental work related to the ongoing Bog Meadow Brook Nature Trail improvement project in Saratoga Springs, New York. The funds will be used to improve trail access by creating a new route linking the Meadowbrook Road trailhead and the main trail, for boardwalk leveling and repairs, and to raise and smooth the trailbed from the northern Route 29 entrance. 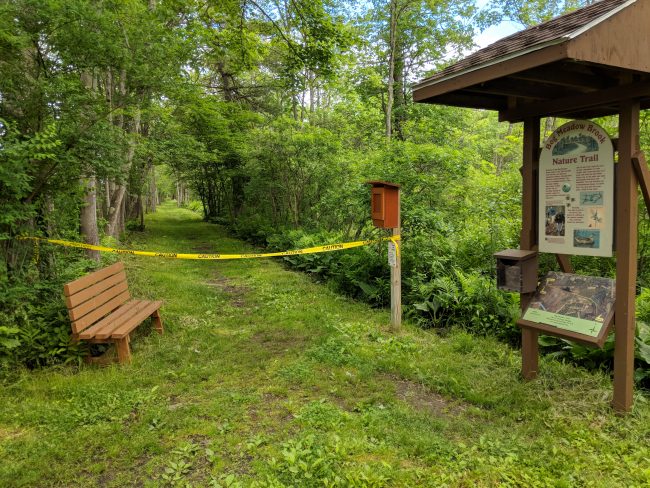 The well-worn and popular 25-year-old Bog Meadow Trail will form part of the Saratoga Greenbelt Trail, which will eventually circle the entire city and provide connector trails to the downtown area, Geyser Crest, and other parts of the community. The trail is built on a former rail bed that linked Saratoga Springs to Saratoga Lake and Boston.

Saratoga PLAN is leading the trail renovation project, with funding and other support from the New York State Conservation Partnership Program, a generous matching grant from the City of Saratoga Springs, donated materials from the D.A. Collins Companies, and engineering and labor from Munter Enterprises, in addition to the 3M grant. Numerous volunteers will provide additional labor.

The Meadowbrook Preserve, which encompasses 174 acres of wetlands and woods, surrounds the trail, working to protect the watershed where maple, ferns, meadowsweet, and evergreens are commonly found. The majority of the Meadowbrook Preserve was donated to the Saratoga Land Conservancy (now Saratoga PLAN) back in 1988 by the Anderson family, with an additional parcel donated to PLAN in 2006 by Belmonte Builders and Bonacio Construction.