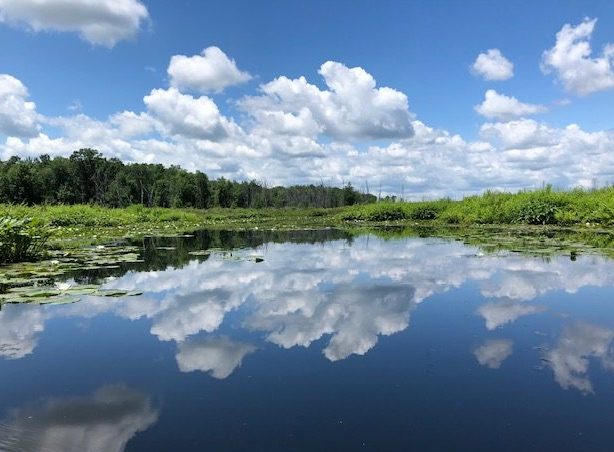 Since 2003, Saratoga PLAN has been protecting the land that the people of Saratoga County love and connect with: its farms and open spaces. Now Saratoga PLAN announced it has renewed its land trust accreditation – proving once again that, as part of a network of over 400 accredited land trusts across the nation, it is committed to professional excellence and to maintaining the public’s trust in its conservation work.

For 17 years, Saratoga PLAN has been dedicated to preserving land in perpetuity in Saratoga County. “We have successfully completed a rigorous accreditation renewal process,” says Dana Kear, Saratoga PLAN’s program associate. “This distinction is a recognition of our strength as a land trust, which helps foster public confidence in our efforts to permanently protect the land we love so much.”

Continuing to serve the community

Saratoga PLAN is known locally for its 10 nature preserves, located throughout Saratoga County. They offer over 22 miles of trails and are free and open to the public. Five additional miles of trails on two new preserves are expected to open before the end of 2020. Most recently, the land trust announced a major project to connect Moreau Lake State Park to Saratoga Spa State Park via a network of multi-use trails throughout the Palmertown Range in the Southern Adirondack foothills. The project’s vision is captured in a spectacular four-part mini-series available on the Saratoga PLAN YouTube channel.

“It is exciting to recognize Saratoga PLAN’s continued commitment to national standards by renewing this national mark of distinction,” said Melissa Kalvestrand, executive director of the Commission. “Donors and partners can trust the more than 400 accredited land trusts across the country are united behind strong standards and have demonstrated sound finances, ethical conduct, responsible governance, and lasting stewardship.”

Saratoga PLAN is one of 1,363 land trusts across the United States according to the Land Trust Alliance’s most recent National Land Trust Census. A complete list of accredited land trusts and more information about the process and benefits can be found at www.landtrustaccreditation.org.

About the Land Trust Accreditation Commission

The Land Trust Accreditation Commission inspires excellence, promotes public trust and ensures permanence in the conservation of open lands by recognizing organizations that meet rigorous quality standards and strive for continuous improvement. The Commission, established in 2006 as an independent program of the Land Trust Alliance, is governed by a volunteer board of diverse land conservation and nonprofit management experts. For more, visit www.landtrustaccreditation.org.

NEXT  trail ethics explained
PREVIOUS « ode to the tractor