Did you know, every day 3.5 farms are lost to various development projects like strip malls and subdivisions? 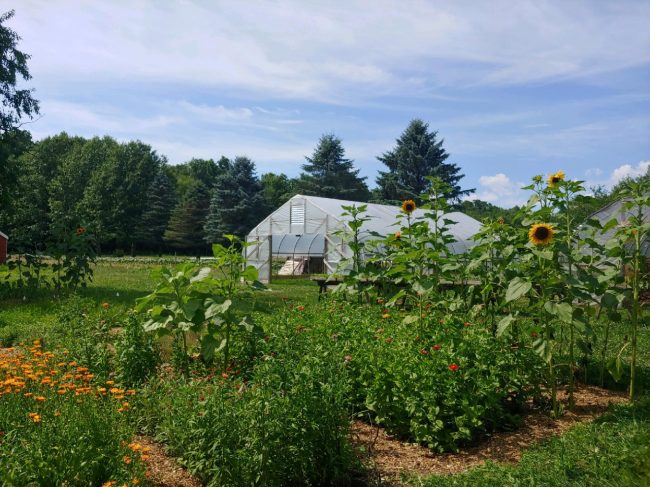 And every day, Saratoga PLAN works with Saratoga County farmers to conserve more acres of fertile soils and farmable land.

As a large agricultural state, New York relies heavily on farmers to influence its economic standing. In response to Governor Cuomo’s announcement of a $14 million initiative to assist the agriculture industry, Chair of the Senate Agriculture Committee, Senator Jen Metzger said, “Land is our most precious resource in New York State, and a robust farmland protection program is important to ensuring that farmlands remain where they belong-in the hands of farmers.”

We at Saratoga PLAN feel the same way.  Though we operate on a county rather than state level, protecting our farmers is written into the core of our mission to “preserve the rural character” of Saratoga County.  The cow covered hills, rows of crops, and barn-dotted countryside are just a few examples that represent the quality dairy, meat, vegetable, textiles and other products produced by hard-working local farmers.

With Saratoga County topping the charts in population growth in New York State for almost a decade, fertile farmland is continuing to feel the pressure of an expanding urban area. PLAN’s conservation director, Mike Horn, explains that “high-quality farmland is a finite resource, and once it is lost to sprawling development, it cannot be recovered.” Needless to say, PLAN staff has been busy.

To date, Saratoga PLAN has completed 24 farmland protection projects which equate to 2,760 acres of permanently protected farmland. We are currently working to conserve 10 new farms, an additional 904 fertile acres.

The 2,500+ acres of family farmland that we have helped conserve all contribute to the area’s agriculture in various ways. Read on for just a sampling of the farms we’ve worked with.

Did you know that New York is the fourth largest dairy producer in the United States? Or that dairy farming is New York’s biggest agricultural sector? More than half of the farms we have conserved contribute to the dairy farming industry in one way or another. Some provide hay and other crops for the dairy cows’ feed, while others raise heifers, young female cows that will become dairy cows.

Saratoga PLAN’s largest farmland conservation project,464 acres of the Barber Bros. Dairy in Northumberland, was completed in 2019. Protecting farms like this one ensures one of our biggest economic sectors keeps booming.

Along with supporting one of  New York’s biggest economic sectors, the other farms we work with provide a variety of other goods! Featherbed Lane Farm, for example, provides local veggies to Saratoga residents through a CSA, or community supported agriculture, and has lovely occasional yoga-on-the-farm sessions, too! Wm. H. Buckley Farm produces fruits, vegetables, and local meats, along with farming products they sell in their farm store. We even support a vineyard: Fossil Stone Farms.

The farms we work with offer so much to our community. From bringing their products to us at farmers markets, to inviting customers onto their land, farmers nourish our bodies and our minds. As Laura Kipper from Saratoga PLAN says, “Quite simply, no farms equals no food”.

As a way of saying thanks to Saratoga County’s farmers, consider supporting Saratoga PLAN’s efforts to protect local farmland.

NEXT  ode to the tractor
PREVIOUS « in lieu of feast