A Time for Renewed Commitment and Action: Board member Jim Sevinksy reflects on the 50th anniversary of Earth Day 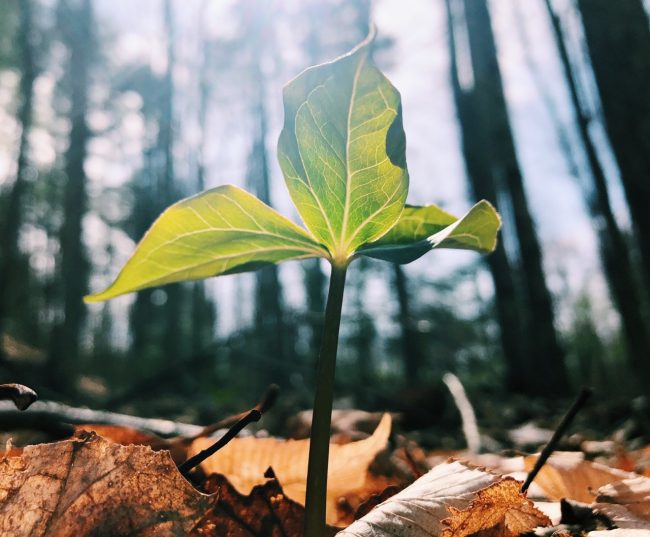 Earth Day rings the annual alarm that re-awakens people and new generations to join in the fight for the health of the earth.  This 50th Anniversary of Earth Day will be honored virtually in this year of the pandemic rather than through mass gatherings, group clean-ups and “teach-ins” as in previous years.  There are still plenty of opportunities for local as well as global action that concerned citizens may take as suggested by the Earth Day Network and myriad environmental organizations. Addressing today’s harm to the earth requires global solutions and leadership as well as local action. Climate change is the theme for 2020.

The first Earth Day was celebrated on April 22, 1970 in the United States.  It turned out mass support to protect the environment and galvanized action to heighten environmental protection.  Senator Gaylord Nelson of Wisconsin was one of the key people inspiring this landmark day to “get the nation to wake up and pay attention to the most important challenge the human species faces on the planet.” (US Senate History).  Denis Hayes organized the events. Mr. Hayes is still involved with Earth Day.  This year he urges a vote for the earth.

I was graduating from college and headed for law school in 1970 when over 20 million Americans turned out on April 22 from thousands of college campuses, in hundreds of communities. Thousands of schoolteachers and students participated in learning exercises in schools. Weeks later, many universities shut down during massive anti-war protests around the expansion of bombing into Cambodia and the killing of 4 and wounding of 9 protesters at Kent State, Ohio. This time of growing citizen activism inspired my career choice of 40 years working in environmental law and policy.  Now retired, I am lucky to participate on the Board of Saratoga PLAN, chair its Conservation Committee and volunteer with many others working on PLAN’s great preserves and trails.

In 1970 Senator Nelson witnessed a huge oil spill in Santa Barbara, California. The Cuyahoga River in Cleveland actually caught fire. People were breathing at the mercy of uncontrolled air pollution. Adirondack lakes were dying from acid rain causing emissions many miles away.  Dense smog regularly blanketed many cities. Toxic chemical spills, emissions and dumping affected nearly every community. The country became more aware of the extensive damage caused by pollution.  There was no Environmental Protection Agency, no Clean Water Act, no Clean Air Act, no constraints on hazardous waste dumping or for endangered species.

The great Earth Day awakening helped form many new organizations dedicated to fighting for and preserving the environment. Citizen awareness and action forged consensus for new laws and many new environmental safeguards.  The National Environmental Policy Act and state analogs were enacted to infuse environmental considerations to mitigate adverse environmental impacts into some decision-making processes. There is still a long way to go on this journey. Sadly, effort is also needed now to restore and protect many bipartisan environmental protections secured here at home over the years.

192 countries now take part in annual Earth Day events to renew awareness and promote worldwide action to protect the environment. This year’s theme is climate change, arguably the worst environmental problem facing the planet, but one among many.  Existing laws and ways of doing business have been inadequate to meet the challenge.

The 50 years since Earth Day revealed that the planet is suffering its 6th mass extinction – this one human caused.  A panel of international experts assembled by the United Nations warns that we could lose a million more species to extinction over the next 50 years. The World Wildlife foundation and others estimate that half the number of wild animals on earth during the first Earth Day have now been lost, as habitat disappears, pollution continues, population sprawls and a changing climate is warming the atmosphere and oceans.

Many local, regional and national problems need vigilance and an active, engaged citizenry.  You can choose one, some or many to add your voice and action. As you think and act globally, act locally as well.

Saratoga PLAN welcomes supporters, dedicated volunteers and an engaged citizenry into the fight to save the earth through achievements you can see right here at home.  We in the county revere living among our open space, forests, streams, lakes and farms.  PLAN helps make this possible into the future. Human health and well-being improve when you can walk or bike a trail, hike in a preserve or drive by scenic countryside on your way to work.  PLAN works with landowners and communities to preserve spaces that provide habitat for wild animals, pollinators like birds, butterflies and bees that contribute to biodiversity and allow wildlife corridors to connect open spaces.  Conserved farmland is integral to preserve what remains of the historic rural character that makes this a great place and provides healthy local food as well.  Watershed and drinking water protection, soil health and carbon sequestration in trees and fields are added benefits of land protection with benefits beyond our borders. A growing network of trails aided by PLAN connect open space with population centers and knit together state and county forests, state parks and communities.

So, this Earth Day will not bring a mass gathering, party or concert in the park. You can engage over the internet, visit preserves and trails and make a plan for what you can do for the environment in the coming year. Check out the PLAN web page, Facebook, and Instagram, and you can find places and trails to visit, stay safe within social distancing guidelines and enjoy spring.

Jim Sevinsky is on the Board of Saratoga PLAN, is chairperson of its Conservation Committee and volunteers to help maintain and establish preserves and trails. He headed up the Environmental Protection Bureau of the NY Attorney general’s Office for many years and was lead Environment, Health and Safety Counsel for GE’s global Energy Business.