On Saturday December 7, six Conservation Heroes were honored at the Wm. H. Buckley Farm in the Town of Ballston for their exceptional contributions to conservation in Saratoga County. 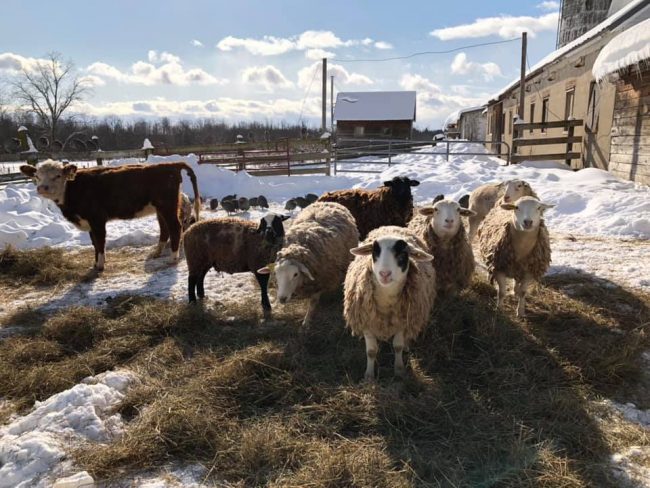 Conservation Heroes are individuals or entities recognized for their extraordinary efforts related to conservation.

These efforts range from dedicated volunteer service to permanently conserving farmland, woodland, wildlife habitat, or creating public access to outdoor spaces.  In recognition of protecting the values of their land for future generations, Conservation Heroes received certificates and hand-painted birdhouses with scenes specific to their work.

Phyllis Aldrich, Saratoga PLAN board member, greeted guests and warmed the room with her remarks. “There are two definitions of the word hero that resonate with who we’re honoring today: caretaker, or protector, and someone who inspires, someone who breathes life into things,” Aldrich said. 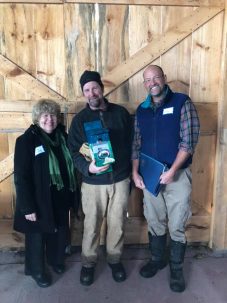 Mark Sacco, who hosted the event at his Wm. H. Buckley Farm, is a two-time Conservation Hero. Mark used some of the proceeds from selling his development rights on his first land easement to purchase an additional 62 acres on adjacent land, which was slated for development and is now permanently conserved as farmland. 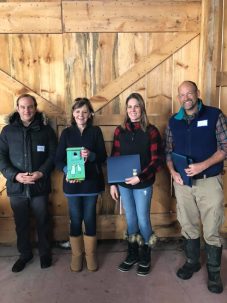 Linda, Chad and Amber Barber, were honored for their conservation of 463 acres of their 1,200-acre dairy farm in the town of Northumberland. The decision to conserve was twofold: one, to secure the forage needed for their large dairy herd and two, as Linda Barber put it, “I want to sit in my rocking chair and see fields, trees, and crops, and that’s it.” 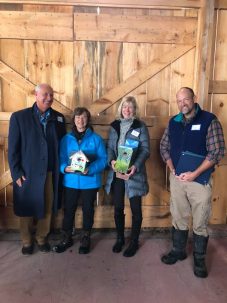 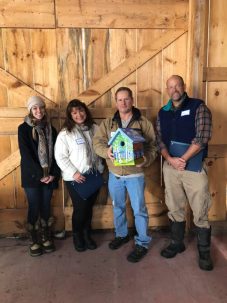 Dolores Arste and David Hickey, represented by daughter Deanna Hadley and her husband Rob, were recognized for conservation of 168 acres straddling the Towns of Galway and Providence. The acreage contains woodlands, wetlands, pastureland, and a spring that flows from their land to the Glowegee Creek, a tributary of the Kayaderosseras and into the Saratoga Lake.

The property will be restricted from future development and, though still privately owned by Dolores and David, will be open to hiking and horseback riding by the public.

“I thank my mother every day for moving me from a suburb of Philadelphia to Galway, New York,” Hadley said, reflecting on the untouched beauty of the landscape she calls home. 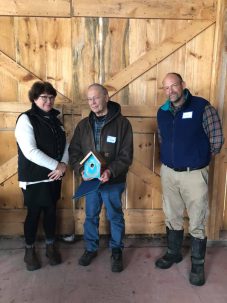 Bill Lasher received a Conservation Hero award for his guidance and management of the Monday Steward volunteer group. Lasher coordinates and stays in touch with roughly 3 dozen or so Monday Stewards who help maintain the public access to PLAN lands. Together, the Monday Stewards have already donated over 1,700 hours in 2019 alone!

Lasher described his volunteer work as “payback time,” noting that after 35 years of exploring and hiking across the country, “It’s time to spend some time repairing those trails and filling in the ruts we created.” “It’s a privilege to be part of PLAN’s program to act out our stewardship,” he added.

Lasher’s birdhouse had a quote that reads, “Nothing is as strong as the heart of a volunteer.”

Guests enjoyed a tour of the Wm. H. Buckley Farm, and a warming chili lunch and bonfire.

“There’s nothing that could warm your heart more on a crisp December day than watching over 60 people celebrating contributions to conservation, contributions that will impact our lives permanently,” said Alex Fylypovych, PLAN’s Community Engagement Manager. “PLAN feels so fortunate to be a resource for dedicated and inspiring individuals and entities seeking to conserve land in Saratoga County.”