Saratoga PLAN is dedicated to preserving the rural character, natural habitats and scenic beauty of Saratoga County, ancestral homelands of the Mohican, Mohawk and Abenaki people, so that these irreplaceable assets are accessible to all and survive for future generations. We help landowners conserve their farmland, woodlands and natural habitats to sustain the county’s “quality of place” and the environment, economy, and public health. Saratoga PLAN helps communities create plans that balance growth with conservation to sustain the Saratoga Region as a great place to live, work, visit and farm.

What does “PLAN” stand for?

PLAN, which stands for “preserving land and nature,” connects people to nature through an extensive trail network with over 200 miles of trails in the county. We have found over the years that a good “plan” leads to the ability to take advantage of opportunities as they arise and accelerates results.

Saratoga PLAN is a community-based conservation organization, conserving “places for people.” Although not all conserved lands are open for public access, they provide health benefits and environmental services far beyond their borders. These lands are very much conserved by the people, too! PLAN’s roster of student interns and volunteers are the heart and soul of the organization, consisting of 250+ individuals finding ways to advance the conservation of Saratoga County’s unique places and natural resources. Volunteers help develop and implement plans at all levels of the county. PLAN’s staff of six provides support and coordination for the volunteers.

Volunteers help our stewardship staff manage 4,985 acres of conserved lands by maintaining informational kiosks and 22 miles of trails across 10 nature preserves owned by PLAN that are open to the public for hiking, biking, birdwatching, botanizing, cross country skiing, snowshoeing, and paddling. They also serve on local boards and volunteer to maintain town, city, and county properties and trails. Volunteers plan events, lend their artistic talents, post boundaries, write, photograph, advocate for good public policy and funding for conservation, stuff envelopes, staff exhibits, provide legal services, accounting, lead field trips and offer biological expertise. If you would like to volunteer, please let us know by filling out our volunteer page.

When did Saratoga PLAN get started?

Saratoga PLAN was formed in July 2003 through a merger of the Saratoga Springs Open Space Project and the Land Trust of the Saratoga Region. Both of the founding organizations started as grassroots volunteer operations in the late 1980’s. By 2003, both former organizations were collaborating regularly and decided to combine operations to create one strong, efficient and sustainable land conservation organization and community planning advocate for the Saratoga region.

The organization offers comprehensive land conservation services to governments, organizations, and individuals, while simultaneously striving to achieve regional coordination and cooperation in land use, open space and recreational trail planning. Saratoga PLAN retains the structure of a traditional land trust, providing direct land protection and stewardship services through acquisition of land and conservation easements. And it works in close partnerships with municipalities to accomplish their conservation goals at the community level, too, preparing grant applications and serving on local planning committees.

How is Saratoga PLAN governed?

Saratoga PLAN is governed by a Board of Directors consisting of 16-22 members. Board members represent a variety of professions and serve as liaisons to numerous communities throughout the region. The Board of Directors meets semi-monthly and is guided by formal by-laws and a set of policies the Board has adopted over the years. All board members serve on committees which guide particular programs and areas of operations. The committees may also include community members who are not serving on the board. Committees include: board development, audit and finance, long-range strategic planning, annual fund, conservation, trails, stewardship, Feast of the Fields, and marketing and communications.

What kind of organization is Saratoga PLAN?

How is Saratoga PLAN funded?

Saratoga PLAN’s is funded through private donations from individual supporters and business partners (48%), foundation grants (32%), government grants and contracts (8%), and Feast of the Fields, PLAN’s annual primary fundraising event (11%). We currently have over 800 supporters who contribute time, make donations, and attend our fundraising events in support of our programs each year. The cost of administration and management is very low for such a small staff – less than 12%. Conservation projects, which can be many years in the making, are primarily funded by grants and fundraising, and can vary widely from year to year, depending on the scale of conservation being finalized in any one year.

A copy of the latest Financial Report and Registration filed by Saratoga PLAN may be obtained from our offices, or by contacting the following state agency:

Learn more in this presentation 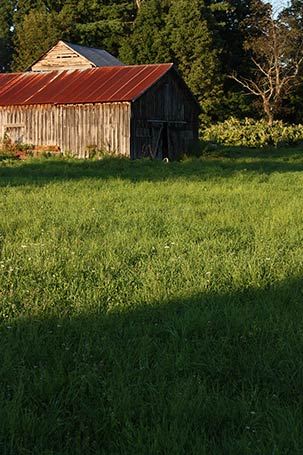